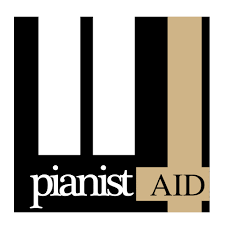 The new article by one of our piano members.

How many composers do you know from the XIX Century? Did you hear about Ignaz Moscheles?

We hopefully guess you did. However, it is true that there are not many concerts in Europe performing his pieces and works. Ignaz Moscheles was a great composer who became famous during the XIX C He co-worked with Beethoven. He lived in several cities in Europe, as well as performed and composed several piano concertos.

He was consider a young talent at the age of 14 in Vienna. Once he moved from Prague to Vienna and got settled, he became famous and valued among the most influential music personalities from that while. That was when Beethoven noticed his talent and counted on him for his opera Fidelio.

Time later, he decided to move to London, England. Here, it was where he developed himself as composer rather as pianist. He wrote four of his eight piano concertos, symphonies as well as piano etudes, septets and trios.

Eduardo Martin Erice, one of the members at Pianist AID, has recently written and article talking entirely about the life, experience and works of this genius of music while in London. As a result of his internship in London with WKMT as a piano teacher, he collaborates with the blog. This time, he associated his experience as a  in London by bringing back the importance of this great composer. Do not hesitate to read the full article and learn more about Moscheles.